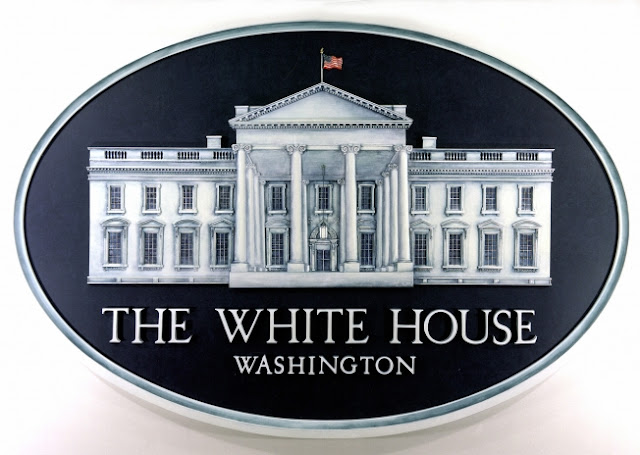 Well, here we are on the other side. It is finally 2017, and those of us who survived, are surveying the aftermath. It was a very scary experience.

With less than three weeks left in his presidency, Barack Obama is making plans for what comes next. He’s had an historic presidency, he’s still relatively popular and he’s about to have a lot more time on his hands.

Currently, he is causing as much trouble as he possibly can, under the guise of “legacy;” but, in reality, the next chapter of his life is still a blank page. Even after eight years as president, he is leaving a lot of “unfinished business.”

He himself has hinted at one of the most ambitious and wide-ranging post-presidential second acts in American history; namely: criminal justice reform, immigration, race relations, gun control, nuclear non-proliferation. If there is an issue with which Obama has been associated as president, the odds are; he’s talking about continuing that work after his presidency.

In short: returning to community organizing. “I’ll go back to doing the kinds of work that I was doing before, just trying to find ways to help people,” he told middle schoolers last year. “Help young people get educations, and help people get jobs, and try to bring businesses into neighborhoods that don’t have enough businesses. That’s the kind of work that I really love to do.”

In some areas, leaving the White House might actually free Obama to be more focused on the issues that matter to him. “The great thing about being a former president is that while you relinquish formal power, you maintain the prestige of the office,” said Mark Updegrove, director of the Lyndon Baines Johnson Presidential Library and the author of Second Acts: Presidential Lives and Legacies After the White House. “And you don’t have to react to the events that cross your desk. You can actually pursue an agenda.”

Updegrove expects Obama to be an activist ex-president, in the model of Jimmy Carter or Clinton. Not all presidents have chosen that path.

George Washington went back to Mount Vernon, after a farewell address in which he expressed a “pleasing expectation” of returning to the “sweet enjoyment” of citizenship.

“There is nothing more pathetic in life than a former president,” said President John Quincy Adams, who served in Congress for 17 years after the White House.

But Obama is relatively young (he turned 55 in August). He is just a year older than Bill Clinton was when he left the White House and he may have some qualities that could allow him to push the activist model even further. He was an accomplished author even before becoming president. As the first African-American president, he occupies a singular place in American history.

He is the first president in nearly a century who plans to remain in Washington after leaving office — at least for a year or two — putting him in a position to stay in the headlines.

Being a former president is a real job.

In 1958, Congress passed the Former Presidents Act to “maintain the dignity” of the office by not forcing former presidents to have to get a real job. Former presidents get paid as if they were a Cabinet secretary (currently $205,700 a year) for life, plus health benefits and around-the-clock Secret Service protection.

The law also gives former presidents an office, staff and expenses for life. President George W. Bush, for example, received an allowance of nearly $1.1 million in 2015, according to the General Services Administration. Congress passed a bill in July to curtail those expenses, which Obama vetoed.

Former presidents also get classified security briefings and are often called upon to advise their successors. Hillary Clinton told CBS’s 60 Minutes, when she still thought she was the presumptive president-elect, she planned to consult Obama regularly.

And modern ex-presidents also busy themselves building presidential libraries, raising money for their foundations, and setting up organizations — like the Carter Center (world peace and disease) or the Clinton Global Initiative (climate, development, health) — to continue their work. The role has evolved significantly since Congress passed the Former Presidents Act, after a destitute Harry Truman complained that he didn’t even have the money to respond to the many letters he received. Now, former presidents have many ways to leverage their celebrity into multimillion-dollar paydays.

Most presidents since Calvin Coolidge have written post-presidential memoirs, and more recently they’ve become guaranteed bestsellers. Bill Clinton received a record $15 million advance for his book, My Life, in 2004.

Since 2005, Obama has made more than $15.6 million from his previous three books (Dreams of My Father, The Audacity of Hope and a children’s book, Of Thee I Sing), according to tax returns compiled by the Tax History Project. Obama was under contract to write “a non-fiction book, subject to be determined” when he was elected president. He reached an agreement with Random House to put the book on hold while in office.

And then there’s the speaking circuit. Bill Clinton often commands six figures for a single speech — sometimes several speeches a week. Obama has even hinted — with varying degrees of seriousness — that he might take more conventional jobs. “In seven months or so, I’ll be on the job market,” Obama joked at an entrepreneurship summit in July. “I’m going to get on LinkedIn and see what comes up.”

Law professor: Obama taught law before becoming president, and has hinted that he would like to return. “I love the law, intellectually,” Obama said in a New Yorker interview. “I love nutting out these problems, wrestling with these arguments. I love teaching. I miss the classroom and engaging with students.”

But where? There are three obvious contenders: The University of Chicago, where Obama taught previously; Harvard, where he graduated law school; and Columbia University, where he earned a political science degree. There’s been the most buzz around Columbia, fueled by a remark from the college’s president at the 2015 convocation that he looked forward to “welcoming back our most famous alumnus ... in 2017.”

NBA team owner: In an interview with GQ last year, Obama said he’d love to own part of a professional basketball franchise. “I have fantasized about being able to put together a team and how much fun that would be. I think it’d be terrific,” he said. He’s a longtime Chicago sports fan, but said the team wouldn’t have to be the Bulls. “I know (Bulls owner Jerry) Reinsdorf pretty good,” Obama said. “He’s not giving that thing up anytime soon.”

Sports league commissioner: In the same interview, Obama was asked which league he would most like to preside over. “Well, I’m best suited for basketball. But I cannot believe that the commissioner of football gets paid $44 million a year,” he said. It was a hypothetical question, and there’s no reason to expect Obama is actively seeking the job. “I’m not aware of any offer like that that’s being considered,” White House Press Secretary Josh Earnest said last month.

My Brother’s Keeper: Obama launched the mentoring initiative for young minority men in 2014 and a public-private partnership. And the next year, he announced the creation of the MBK Alliance to continue that work past his presidency. It’s unclear what formal role Obama will have with the non-profit, but Obama has made clear he’ll remain involved.

That’s just one of many issues in which he has pledged to stay involved. “It’s something that I’m going to keep on working on even after I leave the presidency,” he said of criminal justice reform. “Because ... at the heart of my faith, and what I believe is at the heart of the American ideal is, is that we’re all imperfect.”

And he made a similar promise speaking to youth in Vietnam in May. “People always ask me, what am I going to do after I leave the presidency,” he said. “Because I’m so relatively young — not compared to you, but compared to other presidents, I’m pretty young. And I don’t know everything that I’m going to do, but the one thing I do know I will continue to work on is developing young leaders in the United States and around the world.”

There are some jobs he’s ruled out, including anything that would constitute continued public employment. Democratic presidential candidate Hillary Clinton said in Iowa last year that she thought Obama would be “a “brilliant” Supreme Court justice and would consider nominating him if elected. (There’s precedent in William Howard Taft, and Obama’s own inability to get his nominee confirmed means there could be an opening on Inauguration Day.)

But Obama doesn’t seem to be interested. “When I got out of law school, I chose not to clerk, partly because I was an older student, but partly because I don’t think I have the temperament to sit in a chamber and write opinions,” he told the New Yorker in 2014. “I think being a Justice is a little bit too monastic for me. Particularly after having spent six years and what will be eight years in this bubble, I think I need to get outside a little bit more.”

Serving in an elected capacity is also off the table. When Barbara Walters asked him in 2013 if he’d like to continue in politics, Michelle Obama interrupted. “No,” she said. “That’s a no.”

“I think it’s fair to say that I’ve run my last campaign,” President Obama added. “I won’t be in another elected office. Will I continue to care deeply about the issues that we’ve been working on? Absolutely.”

If Carter and Clinton are considered exemplars of the modern post-presidency, it’s actually a president often maligned by history who may have invented the role.

Herbert Hoover lived for 31 years after leaving the White House, longer than any president except Carter, now approaching 36 years. That gave him plenty of time to redeem himself, said historian Cody J. Foster of the University of Kentucky.

After spending most of the 1930s retreating from public life — emerging occasionally to campaign against President Franklin Roosevelt — Hoover re-emerged in the Truman administration as the point man on famine relief and the head of a commission to reorganize the executive branch. “The post-presidency is all about legacy building. Regardless of whether you had a good presidency or a bad presidency, you have this post-presidential period — assuming you don’t die — to redeem yourself,” Foster said.

Obama could take that idea farther than any of his predecessors. “We’re really at a neat turning point for the post-presidency. (Obama) has a lot of different options on his plate that he can pick and choose from,” he said.

But Obama has plenty of time for that later, Foster said. “What you see really is this period immediately after a presidency where, honest to God, they just take some time off and sleep.”